After having three children, Melanie felt her vaginal opening was too large and she was very embarrassed by it. Although her husband said it was just fine, she felt things looked different and felt “looser” when making love. Melanie had talked to a few of her friends about it and some of them said they felt the same way. So she did some checking on the Internet and found The Allan Centre. Melanie drove down to see Dr. Allan and was impressed with his large, professional office and friendly, caring staff. After a thorough exam, Melanie explained what she wanted done and Dr. Allan explained exactly what he could do to help. “He described to me what a laser vaginoplasty was and I knew immediately that is what I wanted,” says Melanie. “He said that a lot of women come to see him with concerns like mine and that he has been doing this procedure for many years and has treated hundreds of women just like me.”

Melanie came back about two months later to have the procedure – which took about an hour – and she and her husband drove home right after. Although she admits her husband wasn’t too crazy about not having intercourse for 6 weeks, she now says it was definitely worth it.

“I feel like I have a brand new vagina and sex is so great now!” says Melanie, adding that she feels like she did before having children. “It looks better and feels better, but I think the biggest thing is that I feel so much better about my body now,” she says.

Results may vary from person to person. We encourage you to come in for a consultation for specific advice.

Answers to your commonly asked questions 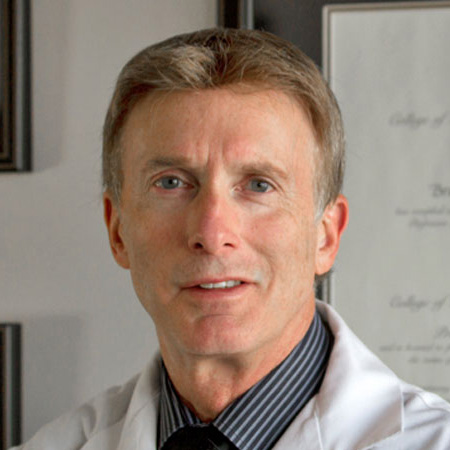 Allan Centre
4.8
Based on 23 reviews
See all reviewsWrite a review
I had my first treatment today, Bailey answered all my questions and made sure I was comfortable throughout my procedure!

Laurie Wong
03:56 13 Nov 19
I was almost too nervous and self conscious to even make the initial call to the Allan Centre, but I'm so glad I did. Melissa made every step of the process as simple and comfortable as possible - it's clear that she cares deeply about improving women's lives, and is genuinely excited for her clients. Doctor Allan is a knowledgeable, friendly, and talented surgeon, and I highly recommend him. I'm so happy with my results.

B B
23:49 30 Oct 19
I highly recommend to any women or mothers who are having any kind of incontinence issues to see Dr Allan. I went to the women's clinic for a couple years and was not getting the results I wanted. I went to see Dr Allan, was told my options, got booked in for surgery. It's now been a month since my surgery and when I went for my follow up today I asked the doctor if I could hug him. I feel like a grown woman again. It sucks there is so many women out there dealing with this, but there is a hero and his name is Dr Allan. He was amazing prior to surgery making me feel more comfortable, his staff was amazing as well. I am ecstatic I got this surgery!!

Christina Moroz
20:34 21 Oct 19
Dr. Allan goes above and beyond. He sees you right away and is great at what he does. Thank you Dr. Allan

Janelle Clayton
21:41 23 Aug 19
This clinic is amazing, from the first phone call to Mellissa getting me in within days, to the actual procedure itself. The nurses were incredible checking on me every minute and making sure that I was comfortable and had everything that I needed. They stayed beside me the entire procedure and made sure I was okay the entire time. The clinic was clean and organized, there was nothing out of place during the procedure. Dr. Allan was nothing short of amazing, he made sure everything was what i wanted before he started. I texted Dr. Allan many times during my recovery as i have a pre-existing condition. He responded by calling and following up with text messages within minutes, even on the weekends. He checked in daily with me after, he was calm, courteous and knowledgeable. The procedure itself was painless, completely numb feeling nothing, not even tugging. I would highly recommend this clinic and the staff.

Kayla
12:19 10 Jul 19
My entire experience with the clinic was professional and amazing. Melissa was my first contact and talking to her on the phone was like chatting with my closest friend. She understood my concerns and insecurities, and made me feel super comfortable. I was traveling from out of town, and they went above and beyond .. working around my schedule and making me a priority. Dr. Allan made me feel very comfortable, and talked me through every option and step of the procedure. He’s extremely knowledgeable, compassionate, and talented. I highly recommend him.

L F
20:32 09 Jun 19
The staff at the the Allan centre are knowledgeable, professional and very friendly. I was taken in on time for my scheduled procedure and was made very comfortable.

Ashley Ulmer
23:53 09 Apr 19
From my initial inquiry, through to post surgery the service and care was excellent at the Allan Centre. Dr. Allan and the staff were professional and made the experience comfortable and easy. Melissa from the office went above and beyond to make the whole process seamless and easy, ensuring everything was lined up perfectly with my flights coming in from out of province. Both Dr. Allan and Melissa have been diligent in following up post op and are quick to respond to any questions. Recovery has been smooth sailing with absolutely no pain. The very best health care experience.

Natalie MacDonnell
04:27 09 Apr 19
Amazing staff and Dr. Allan took the time to listen to all of my concerns. Made me feel completely comfortable and got me in right away. I have never experienced better service in health care.

Kenedi Plante
19:41 08 Apr 19
Simple, painless and professional but comfortable. I am eager to know the results.

Colleen Godec
22:32 14 Mar 19
I cannot say enough about the amazing treatment I received at the Allan Center! From my first contact with Melissa at the office, to booking my appointment, the surgery and in the aftercare; everything was exactly how I expected it to be. Absolutely first class and professional. My results were great. Let’s be honest, I did have discomfort and concerns afterwards; but Dr Allan made himself available to answer my questions and make me feel at ease. And as a result of the perioneoplasty, my sensation is greatly improved, and sex feels so much better!

D S
01:12 14 Mar 19
I am so happy I found this clinic everyone made me feel extremely comfortable, when I went to other clinics I felt judged and not cared for. Dr Allan made this so simple and comforting, he did an amazing job I can’t belive how uncomplicated he made the process . Definitely happy to say the least.

Carly
16:40 12 Mar 19
This office is lovely. The staff are fantastic. Dr. Allan is on time and always professional. I wish all MD offices were run like this one.

Sparky Parr
19:48 20 Feb 19
My experience with the Allan Centre has been nothing short of absolutely remarkable. When it comes to dealing with the female human body - augmentation, repair and dedication to ease and detail by Dr Bruce Allan and his reputable staff are impeccable. The facilities are extremely well sanitized and maintained. Clean, vibrant and bright. The staff are non-judgemental, caring, empathetic and kind. Dr. Bruce Allan has a very soft mannered beside presence along with knowledgeable input and precise attention to your needs and YOU. He is also a great listener and takes all of your concerns into high consideration and literally removes them each step of the way.Whether you are considering labiaplasty as a cosmetic procedure, or to remove discomfort, or as a procedure to help you heal from the intangible experiences in your life; this medical team Will stand by your side with the upmost of professionalism and care that one should and could expect from a surgeon and his staff. The procedure is relatively quick, painless and I felt very relaxed and at ease. Throughout the procedure you are reassured, not only Dr Allan but 2 other nurses. You’re spoken to with compassion, you are asked about your comfort level and are given warm blankets should you need them. You are in extremely good hands, Dr. Bruce Allan and his staff are attentively eager to give you exactly what it is that you need. This is directly reflected in his work which is undoubtably the best I have ever seen in all of my experience.Dr. Bruce Allan makes himself readily available before surgery, during and immediately after and throughout the weeks of recovery.No question is a silly question. They’re all answered immediately and professionally. Overall, was one the best positive changes I have ever had the opportunity to make!To the Allan Centre:“I want you know that you have added to my life in immeasurable ways. I will always think of your benevolence; and speak of you all with kind words. I finally feel free to heal and to truly enjoy my body. Thank you all so much for all that you do and thank you for having such a positive impact on my life and I’m most certain, many others.”We are constantly making changes to our lives daily, whether it be cosmetic, medical, mental, emotional financial etc. let’s embrace each other and make them positive as the centre has done for me. #womenwhoempowerwomen #empoweroneanother #selfcare #selflove #labiaplasty #yourbodyyourchoice #postivestepforward #embraceyourbodyAnderson.

Jennifer N Anderson
05:06 10 Jan 19
Dr allan is a leader in this industry, he is compassionate , honest , and Friendly, i highly recommend this office.

Mike Chartrand
04:44 16 Oct 18
Every staff member at the Allan Centre was professional and wonderful to deal with throughout my pregnancy. The staff were exceptionally competent and compassionate and made every visit easy and enjoyable. Dr. Edwards at the Allan Centre is the best Doctor I've encountered. Extremely knowledgeable, kind and reasonable. I recommend this Centre to anyone in need of its services.

Kelsey Simon
20:36 19 Mar 18
Excellent helpful office staff. Dr Allan was attentive and knowledgeable in answering all of my questions and concerns. I feel confident in Dr Allan’s care and would recommend him to family and friends.